The history of the WWETT Show begins in 1979, when a tiny, trimmed-down newspaper was developed and mailed to around 12,000 septic “pumpers” throughout the Midwest. That little paper consisted of a handful of advertisers, a few classified ads, some makeshift editorial and a crudely-drawn comic of even cruder subject matter. That was the first edition of the The Midwest Pumper.

We’ve come a long way since that first issue of The Midwest Pumper. By 1981 a conference had grown out of it – The Liquid Waste Hauler’s Equipment & Trade Show. It consisted of a few hundred attendees and couple dozen exhibitors. We even had some Canadian attendees, so the following year we chose to rename the expo the The International Liquid Waste Hauler’s Equipment & Trade Show – to better reflect our “global” presence. 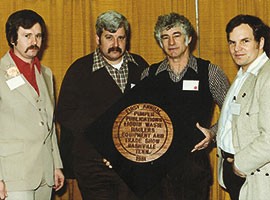 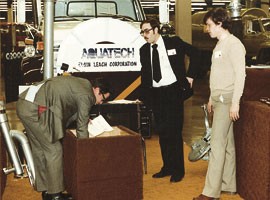 After a few years with that name a new publication was created - Cleaner - and so the expo name was changed again to better include the two main publications we produced and to better encapsulate the growing attendee and exhibitor base.

Fast-forward to 2014 and the Pumper & Cleaner Expo had grown into one of the largest trade shows in the United States – 64th largest to be precise. A tiny little paper for septic pumpers had expanded out into eight highly focused magazines for professionals across every facet of the water and wastewater professions.

Your success has fueled our success and those of us willing to change with the times are the future of this industry. So, after more than 30 years, it is time to make another name change. We’re not just a show for “pumpers and cleaners” – we’ve grown and evolved into so much more, and so have you. 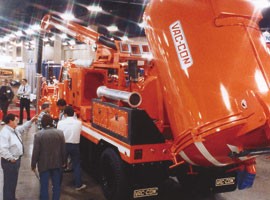 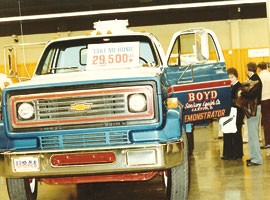 The industry and profession has surpassed what many of us could have ever imagined way back in 1979, when Pumper was delivered to mailboxes across a few Midwestern states. In 2015, the Pumper & Cleaner Environmental Expo International was changed to the WWETT Show – the Water and Wastewater Equipment, Treatment & Transport Show.

We think it’s a little better snapshot of what we have become and where we are heading. It’s a show for an entire industry of hard-working people who maintain our sewer and water infrastructure, properly treat and dispose of wastewater, keep water safe, and our environment healthy.

Sign up to receive WWETT Show news and updates including e-newsletters and notification when registration opens.
Sign me up >>